The View from Lummi Island

other mind press is pleased to announce the 2020 re-issue of The View from Lummi Island by Luther Allen. First published in 2010, this updated version of The View offers “no new poems, but a few word changes, moving some commas and periods around, and many of the poems got tweaked and cleaned up a bit.” 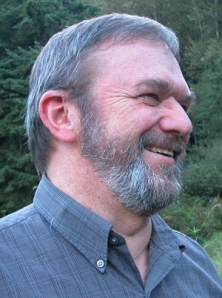 Luther Allen is a life-long poet who migrated to the Pacific Northwest twenty years ago from the high desert plateau of the Four Corners area. The poems in this volume are the result of his fascination with the natural fabric of an iconic island, informed by a deep reverence for place. Although his academic training is in biology and geography, he makes his living as a building designer and is very involved in community poetry.

buzz on The View from Lummi Island…

“We are writing to say how much we are enjoying your poetry book. Every morning before we get up to greet the day, we read the poem for the day and it sets the tone for how we face the world. We have so enjoyed how well you convey the feeling and presence of island life as well as the soul of the island itself. Reading the Lummi Island poems is like going home every day. Thank you for creating, documenting and publishing these treasurable poems.”
B. Walukas and R. Louis, Lummi Island

Have a look at Barbara Lloyd McMichael’s article, Singing the praises of Northwest poets, in the Thursday, April 14, 2011 Take Five section of the Bellingham Herald. Her comments include the following:

“The View from Lummi Island” by Luther Allen is a poetic calendar of place. Over the course of a year, Allen wrote a poem a day about the island he calls home, reflecting on the quotidian miracles that comprise the turn of seasons, as well as on how others move through the same space, but so very differently.

His April offerings include ruminations on working on a roadside litter crew, meeting up at with the guys at the local café and gardening (but never keeping up with the proverbial Joneses). There are also prismatic takes on lives wilder than our own, from eagles to orcas to blackberry vines.

Allen’s final invitation, to “find the poetry in your own home place,” is a wonderful challenge.

The View from Lummi Island looks exceptionally fine. The book has captured the Number Two spot for Poetry Books Sold in 2010 at Village Books in Bellingham, Washington. Congratulations!

Luther Allen’s book, The View from Lummi Island, is a year-long homage in verse to a treasured island. His daily poems capture the essence of place—landscape and seascape—and nod to uncomfortable visitors as well as local reef netters who trod the beaches and ply the waters. These poems will do much more than illuminate a particular place. They will help you, as Luther urges, “find the poetry in your own home place.” Chuck Robinson, Village Books

Luther Allen is a local poet in the best sense of the word “local”—reveling in the splendid and mundane details of place, witness to the barely apparent, his natural round of daily poems compels us to consider the poetry animated in all the spaces we inhabit. Nancy Pagh, author of No Sweeter Fat

In Luther Allen’s The View from Lummi Island, the mystical quality of the project—a catalog of days—rings with music that is both tense and celebratory. The poems offer a physical and spiritual journey, revealing the human psyche, as if the very magisterial eddies of Lummi Island clung to the sides of each word. The tapestry woven from the loom of Allen’s words is a testimony to a place where the waves are “in/ endless sliding curl” and where “the sunset is not a thing/ but an action . . . .” Oliver de la Paz, author of Requiem for the Orchard

Having spent fourteen years on Guemes Island, I’ve come to believe that every island ought to have a mountain. Lummi Island has one. And just as islands need mountains, each distinct place deserves to have a writer who pays attention, who identifies the details which make that place different from all others. Luther Allen has become that kind of writer for Lummi Island, and his book has become, in words, the island’s other mountain. The View from Lummi Island is a day-book spanning an entire year and, as this poet has written, “the island and the mind encircle one another, whisper back and forth.” That “mindful silk” is the fabric of this book. James Bertolino, author of Finding Water, Holding Stone